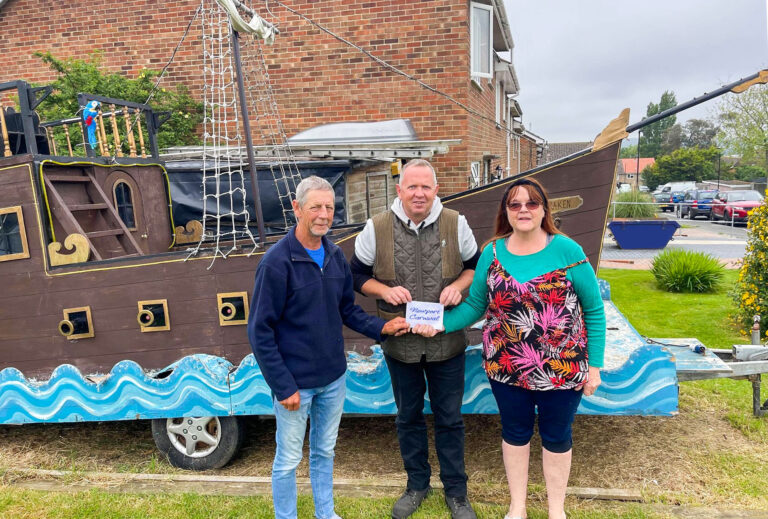 Newport Carnival would like to say a massive thank you to two residents who have donated a sum of money to Newport Carnival having sold their now two-year-old pirate ship float.

Ray Wooldridge and Mandy Blakeley have contributed to building a carnival float for Pan Community Carnival Club (PCCC) over the years.

As the years have gone by, Ray has built some ‘Kraken’ carnival floats – Kraken being the name of the pirate ship – along with many other themes. Ray has a real passion for carnivals and float building.

Below you can see the pirate ship in its prime at Sandown Carnival.

Sadly, Ray and Mandy, the founders of Pan Community Carnival Club, have now called it a day and will focus their efforts on Newport Carnival instead.

It was stated if PCCC was to cease, any money in the account will be donated to Newport Carnival as agreed in the constitution.

With that, we would like to thank Ray and Mandy for their donation and support for the years ahead.

The pirate ship that Ray, with the help of others grafted to make, has set sail and now docked in the garden of an islander who will be using it as a play-ship. A bit like a playhouse… but a pirate ship…

Ray and Mandy are just two many amazing people out there who are willing to help out some great charities.

“It is with great sadness Pan Community Carnival Club will not be building any floats anymore.

“With the current situation not knowing when Carnivals will start.

“Any money in the account will be donated to Newport Carnival as agreed in the constitution.

“Thank you to our sponsors and friends for your support.”

“The support from the local community has been great, whether it is local businesses or residents doing their bit, it is all greatly appreciated by the carnival committee.

“Thanks again to Ray and Mandy for their generous donation to Newport Carnival, it will be well spent on building our centenary.” 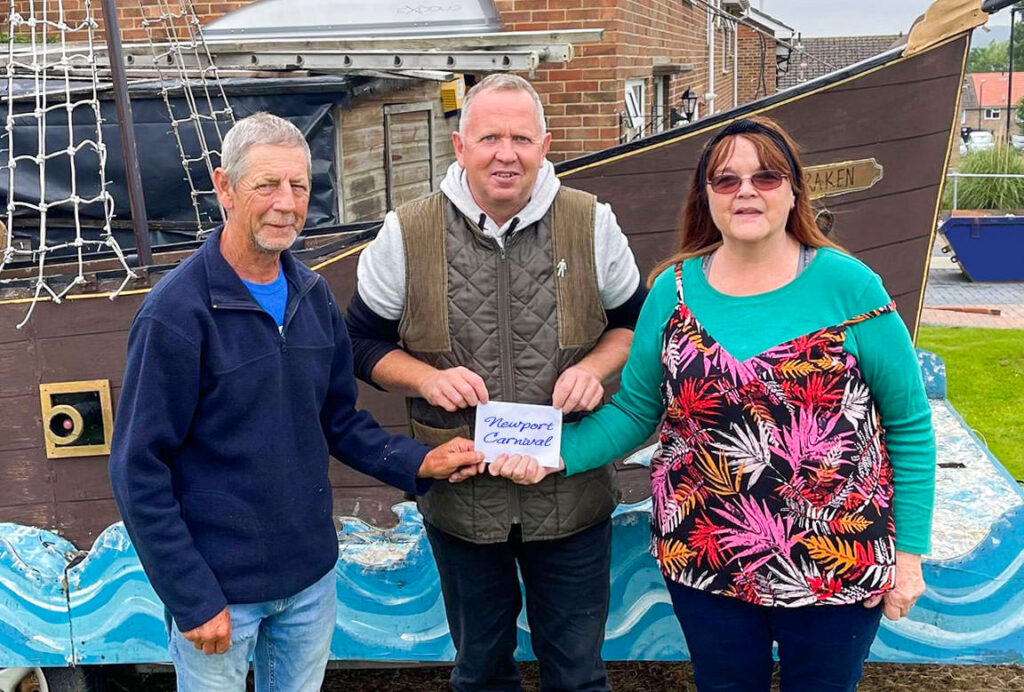 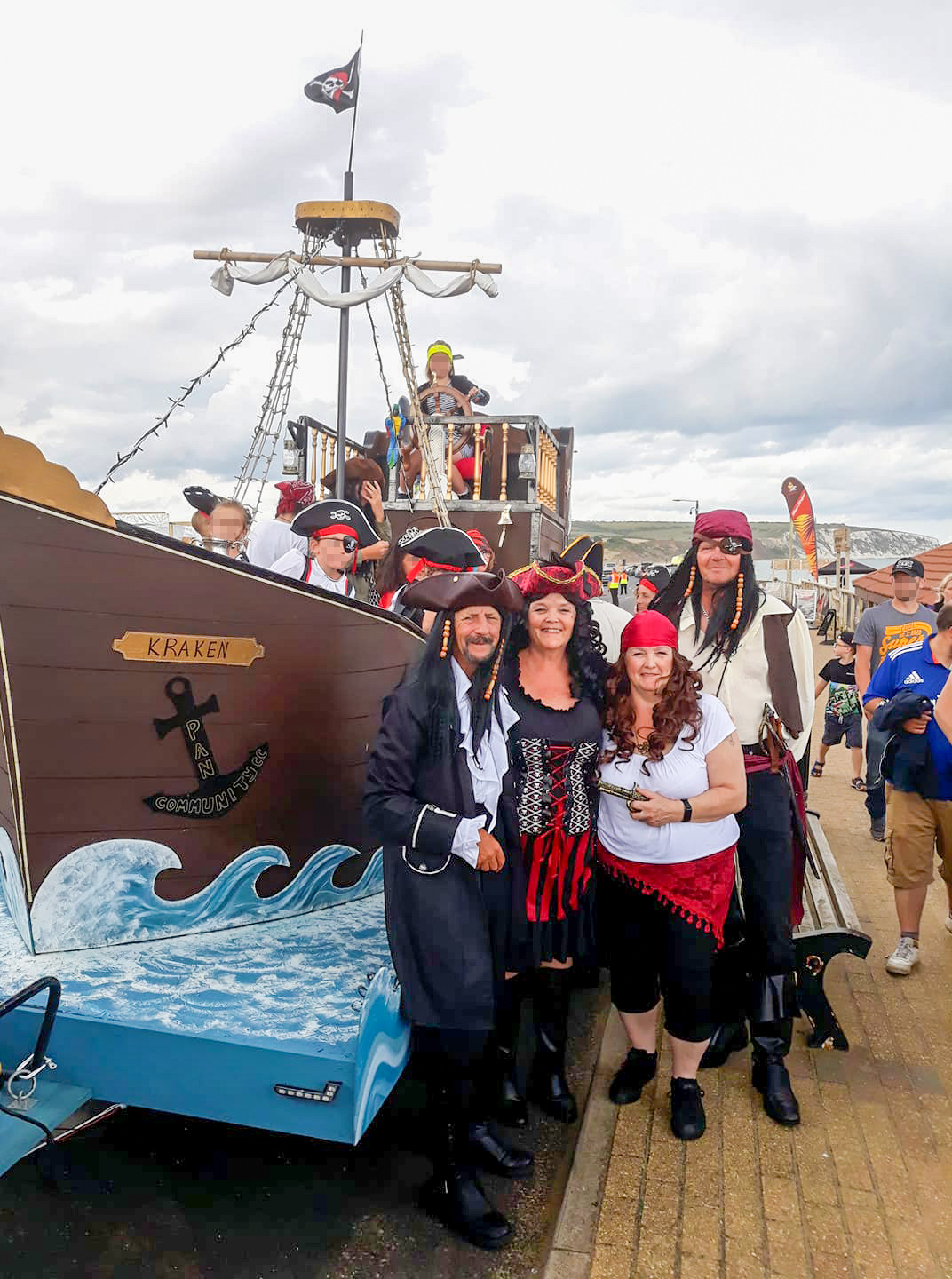 The Pirate Ship at Sandown Carnival.